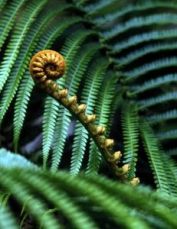 The following article was written by my husband who is a well-respected individual within the HSP Community on and off the internet.  I work almost exclusively with HSP’s because I understand them, and I speak their “language” — I am Highly Sensitive Person.

“I am a Highly Sensitive Person.”

Today, I can publicly make such a statement and not feel embarrassed or brace for an onslaught of eye rolling or snide comments from the people around me. However, it wasn’t always so.

Sensitivity– emotional or otherwise– is not exactly a new concept to the world. Nor was it new when research psychologist Dr. Elaine N. Aron published the book “The Highly Sensitive Person” in 1996. What Aron’s book did do was to shed some new light on a trait that affects a large number of people, by asking the world to consider sensitivity as an inherent physical trait, rather than pathology.

Although more than fifteen years have passed—and the book has offered profound personal insights to hundreds of thousands of people—there remains a fair amount of skepticism of sensitivity as a “trait.” Interestingly enough, some of this skepticism can be found in the very people who are HSPs, themselves. Such skepticism can very likely be attributed to a broader trend in our society to “medicalize” or “pathologize” many personality characteristics that previously were regarded as falling within the realm of normal human experience.

So what exactly IS an Highly Sensitive Person?

Dr. Aron’s research suggests that approximately 15-20% of the population fit the description of being “Highly Sensitive.” HSPs– by her definition– are people whose brains and central nervous systems are wired in such a way that they are more acutely aware of, and attuned to, themselves, other people, and their environment. As a result, a highly sensitive person is more easily stimulated and aroused by their surroundings, from which it follows that they also get more readily over aroused  than most people. This sensitivity is an inborn trait which– interestingly enough– researchers have also observed in animal populations ranging from deer to octopi.

Of course, the immediate picture that comes to mind when most people hear the term highly sensitive is the stereotype of the “fragile flower” that’s overly fussy, difficult to be around and gets their feelings hurt at the drop of a hat. Whereas this kind of emotional sensitivity can certainly be part of being an HSP, it is by no means what “defines” the trait.

High Sensitivity varies considerably from person to person, and manifests in many different ways. Yes, getting one’s feelings hurt easily might be one part of the picture. But there is much more. HSPs are often very sensitive to pain, and frequently respond to much lower doses of medications than most people. They tend to be easily startled, and are often overwhelmed by loud sensory inputs. They tend to be cautious and highly conscientious. They are easily shaken up and distressed by changes, and don’t do well in “multitasking” situations. They are often negatively affected by loud noises, strong scents and smells, or bright lights. They tend to be “cooperative,” rather than “competitive.” They get easily rattled in stressful situations and generally perform poorly when being watched. Many are empaths and frequently “pick up moods” from other people; quite a few are gifted with a range of psychic abilities. Almost all rely heavily on intuition both to learn and to function in life. Even when extraverted, they tend to be introspective, have rich inner lives, and need extended periods of time alone to “recharge.” HSPs also are disproportionately drawn to the arts and music, and tend to be very easily moved to tears by expressions of beauty and intensity, as well as images of horror and violence.

If some of this sounds like you, or someone you know, you might consider looking at this free self-test for sensitivity, on Dr. Aron’s web site, at www.hsperson.com.

What is an Highly Sensitive Person, Not?

An Highly Sensitive Person is not, by definition, “an introvert.” Whereas the trait does have a high correlation with introversion, approximately 30% of HSPs are extraverts.

An Highly Sensitive Person is not “a shy person.” Shyness is widely recognized as being an issue centered on self-perception– typically excessive self-consciousness, irrationally negative self-evaluation, and irrationally negative self-preoccupation. People are not born shy, and psychologists have established that there is really no “sense of self” prior to ages 12-18 months. As such, you can’t really be born shy.

An Highly Sensitive Person is not, by definition, “neurotic.” This is perhaps the most difficult aspect of the HSP trait to explain since– after all– the word “neurotic” is directly linked to nervous system disorders, and being highly sensitive relates to the nervous system. So we must keep in mind how we define neuroses: A non-psychotic mental illness that triggers feelings of distress and anxiety, and generally results in impaired functioning. One way to distinguish is to remember that neuroses center around pathological responses, while sensitivity represents healthy/normal (albeit possibly extreme) responses.

The important distinction to make here centers on what constitutes “a behavior” vs. what is a “physiological trait.” I agree entirely that anyone can choose to act in a sensitive manner. As such, the answer to the above question– strictly speaking– could be yes. The primary difference is that an Highly Sensitive Person doesn’t really have a choice in the matter. Think of it through this metaphor: Regardless of whether they like the sun or not, some people can go outside in the summer and work all day, and all they get is a tan. Others, however (who may love the sun), get third degree sunburns within an hour. Highly Sensitive Person act the way they do because their brains are wired to respond a certain way.

This becomes particularly important when it comes to understanding interactions with Highly Sensitive Persons. Many societies do not value sensitivity, because we live in a competitive dog-eat-dog world, especially in Western culture. Whatever your perception of sensitivity may be, keep in mind that telling a highly sensitive person to “get over it” and “develop a thicker skin” is an exercise in futility; they cannot change the way their nervous system responds any more than you can change the natural color of your eyes or the size of your feet.

Synchronicity: My own Enlightenment

As a Highly Sensitive Person, myself, I have been studying and incorporating the trait into my lifestyle and choices for almost 15 years. I came to know about my sensitivity almost by accident. Of course, I’d always been aware that I was a little different but I’d struggled with pinpointing exactly how.

One day, I found myself perusing the travel section at a local bookstore. At one point I found myself struggling with pulling out a travel guide to Ireland, because someone had jammed another book into the shelf, flat on top of the others. The offending volume was not a travel book, but a copy of “The Highly Sensitive Person” another browser had left behind.

At first, I was just going to discard the book—but something on the back cover caught my eye. Then I found a self-assessment quiz inside the book, to which I responded almost 100% in the affirmative. Although I felt a bit awkward about it—being a man, living in Texas “where men are men,” and buying a book about being sensitive—I bought the book. What followed, as I read each chapter, was a great many “aha moments” because I came to realize that there was a “name” for the way I had always felt a little out-of-step with my surroundings, and cause was not some kind of pathology or syndrome.

Since then, I have spent a lot of time learning about the trait and subsequently informing others. It made a huge difference in my life to understand this part of my personal puzzle, and I have seen numerous people breathe a sigh of relief and find new meaning and purpose in their lives as a result of understanding that there is nothing “wrong” with them—they are merely highly sensitive.

And perhaps YOU are, too!

Check out my Resources page for energy medicine videos and learn how to stop overarousal or check my offer for HSPs.

Peter Messerschmidt is a writer, beach comber, rare stamp dealer and eternal seeker who lives in Port Townsend, Washington with the great love of his life and three feline “kids.” When he’s not wandering the beach or the Internet, he facilitates groups (online, and off) and retreats for HSPs, and writes “HSP Notes”—the web’s oldest HSP-specific blog, at hspnotes.blogspot.com

The above article about HSP has been originally published in OM Times. Read the entire OM Times article here. 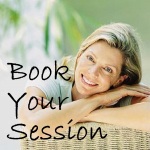 “After two distant bio-energy sessions I felt really uplifted and full of energy – but the best thing is that I stopped snacking between meals. I just didn’t feel like it anymore!”

“I’m amazed about the relief of pain in my back after just two bio-energy sessions… It’s like being given a million pounds – more than that! It’s worth more than gold itself to be free from pain. Thank you, Agata”

"I came for treatment with nerve pain radiating along my arms and numbing of my fingers. Agata was able to identify the problem and to my surprise I felt improvement after the first treatment."